Home » Birds, Life in Holland, Nature » Our visit to Waverhoek and Botshol

On Saturday we visited Waverhoek and Botshol, north of Utrecht, for a ranger-led boat excursion by Natuurmonumenten. We arrived about an hour early for the boat excursion, which left from number 2 on the map below, so we drove on left a little bit and came across a new nature reserve of Natuurmonumenten that just opened to the public on 30 June 2007, Waverhoek at number 1 on the map below. Until recently this triangular area was just farmland, as you can still see on this map, but they flooded the area to make a wetlands for birds. 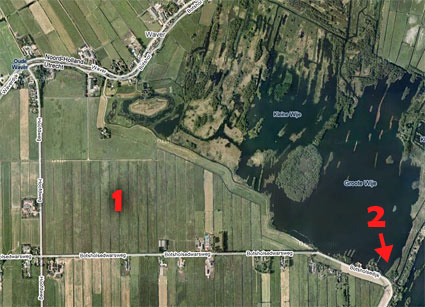 The brand-new wetlands are already popular with birds; we saw Spoonbills (32 of them), Black Terns, many geese, ducks swans, and even a Sacred Ibis. We later learned from the ranger on our boat tour that there are four pair of Sacred Ibis breeding in the area. They first thought that they came from France, where they have an established colony, but they later found out that all eight of them are actually escapees of Avifauna, a bird zoo nearby.

The excursion started at 10:00. Ranger Niels took us on a 2-hour boat ride around the Botshol area. He showed us a lot of different plants and birds. We passed a breeding colony of 120 pairs of Cormorants, and we saw Sacred Ibis and Spoonbills flying overhead. The boat took us through very narrow canals with reed on either side, and we heard many Reed Warblers, but didn’t see any. The ranger had to back up many times to get the underwater growth out of the rudder. 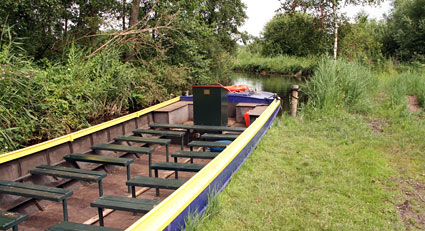 The boat docked at the Natuurmonumenten barn 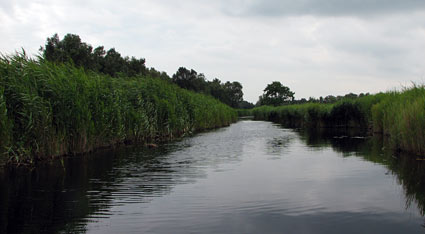 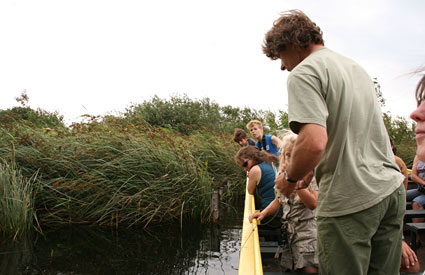 Ranger shows us how to measure water depth 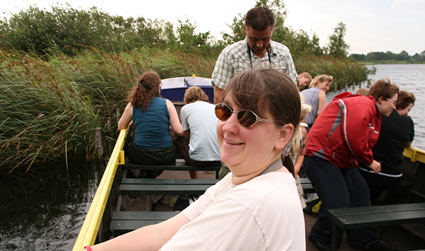 After the boat ride we went back to Waverhoek to do the 2,5 kilometer trail around the wetlands. Many of the birds we had seen earlier that morning had already left and were probably feeding somewhere else for the day. Natuurmonumenten will further develop the area in the coming years to make it a varied nature reserve, making it even more attractive for wetland birds. Waverhoek is one of many wet reserves in the area that are all connected.

The weather forecast for the day was 30 degrees Celsius with lots of sun, but it was actually pretty cold and overcast almost the entire day. We still had a very nice day though. 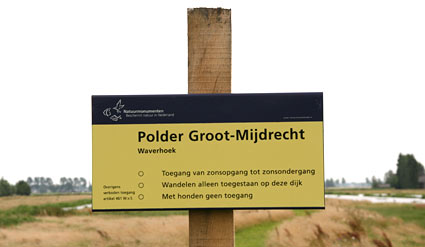 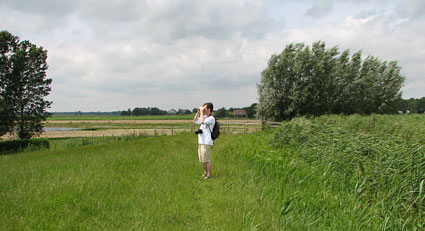 Arthur looking through his binos 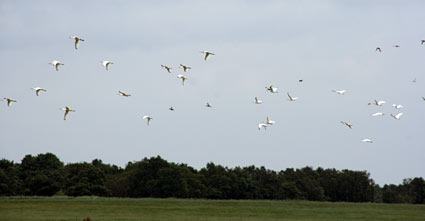 This entry was posted on Monday, July 16th, 2007 at 6:44 pm CET and is filed under Birds, Life in Holland, Nature with tags birding, hiking, Nature, netherlands, noord holland, waverhoek. You can follow any responses to this entry through the RSS 2.0 feed. You can leave a response, or trackback from your own site.

Some film shot at waverhoek