Disney comics around the world

Disney Comics Worldwide is an unofficial website with information on Disney comics and magazines from around the world. With approximately 50% of the market, Disney is the largest publisher of children's magazines and comics (excluding manga) in the world! Disney comics, books and magazines are published in 85 languages in 75 countries, from Czech Republic to China and from Israel to Indonesia.

Select a country from the list below to start exploring the Disney comics and magazines available there:

Monthly Disney Comics to Return to the United States in 2015 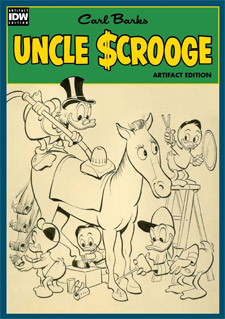 Over three years since BOOM! Studios stopped publishing monthly Disney comics in the United States, another publisher has finally stepped up to the plate. IDW Publishing recently announced that beginning in 2015 fans can expect to see the first wave of classic Disney comics in English return, with 'multiple monthly series' featuring Mickey Mouse, Donald Duck and many more.

All pictures and images of comic covers and Disney characters are Copyright © 2022 The Walt Disney Company — Website design by Artwhurks
This is an unofficial fan site, maintained by Arthur de Wolf with the help of publishers, collectors and fans. Information on this website may not be up-to-date and may contain errors