Here are my favorite 5 websites of the year 2008, in random order:

END_OF_DOCUMENT_TOKEN_TO_BE_REPLACED

Posted by Amy in Personal, Weather

When Arby gets really excited he chatters. It’s like he’s trying to talk to the birds. Here’s a short video of him chattering:

Amazing Pictures of 2008 at The Big Picture

Posted by Arthur in Photos

The Big Picture has the most incredible photographs of the year up on their website in three parts: 1, 2 and 3. Unfortunately a lot of the 120 pictures of 2008 are about violence, destruction and natural disasters, but there’s a lot of positive ones too. Here are some of my favorites. 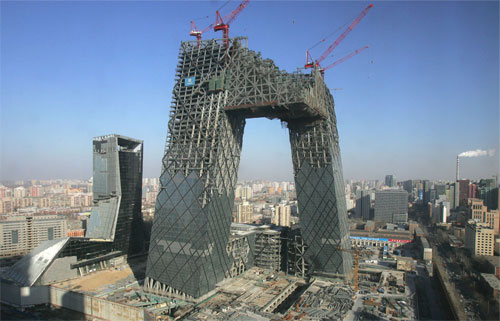 Construction site of the new China Central Television HQ building in Beijing. Check out those large cranes on top of the building! Reminds me a little of the leaning towers in Madrid.

END_OF_DOCUMENT_TOKEN_TO_BE_REPLACED

Posted by Arthur in Life in America, Weather

Everything outside is beautifully white and quiet from the 20cm blanket of snow that fell this morning. The normally busy road outside the house is much more quiet as fewer cars are carefully driving on the slick roads. I don’t think that I have seen so much snow since our trip to Evenstad in 2002.

We just made a fun walk to our nearby grocery store. What follows below is a series of photographs with highlights from that same walk this morning: Not so busy road

END_OF_DOCUMENT_TOKEN_TO_BE_REPLACED

Posted by Arthur in Illinois, Life in America, Personal

Yippee! 😀 I got my Illinois driver’s license today, and it only cost $10. We got to our nearest DMV facility in Deerfield at 8:30 this morning and were the first ones in. They checked my papers at the desk, I paid $10 at the cashier, did the written test, the driving test, took a picture, my license got printed, and we were outside at 9:15!! It only took 45 minutes! END_OF_DOCUMENT_TOKEN_TO_BE_REPLACED

Posted by Arthur in Personal, Weather

We drove around with our new car today and went up to an outlet mall just over the border in Wisconsin. We each bought some nice shoes at the Columbia store there. 🙂

We had lots of little icicles on our car this morning: END_OF_DOCUMENT_TOKEN_TO_BE_REPLACED

We bought a car yesterday. It’s a 2002 Toyota Sienna minivan and we picked it up this afternoon. We wanted to drive around a bit today, but a snow storm forced us to come home. Here are some pictures before the snow really started coming down. END_OF_DOCUMENT_TOKEN_TO_BE_REPLACED

Posted by Arthur in Videos

Whoa, check out all the dolphins in this video. These dolphins are herding a school of fish and are about to have a big feast:

Posted by Arthur in Websites & Tools

My favorite software of the year is definitely PlayOn by MediaMall. This tool allows you to stream online videos (from a limited number of websites) from your computer to your TV. We’re using it with our Playstation 3 and it works brilliantly!! We can now watch all the shows and movies from Netflix, Hulu, CBS, YouTube and CNN in full-screen on our TV.

Since we signed up with Netflix we’ve been having some problems with playing Netflix through PlayOn due to the new Silverlight player that Netflix is using. PlayOn is still in beta, so there are some bugs here and there. I’ve been in contact with the support desk of PlayOn, exchanged dozens of emails, and they have been really helpful in working out all the bugs. Netflix has finally been working the last few days, so we now have instant access on our TV to the 900 different TV series on Hulu as well as the 12,000 DVD titles on Netflix.

Posted by Arthur in Chicago, Travel

Five years ago today, on 14 December 2003, we were in Chicago with my parents! It was a cold winter day. We got up early and took a Metra train from Lake Forest to Union Station. We went up Sears Tower and had a nice view of the city, we had hot chocolate and donut holes at Dunkin’ Donuts, we walked to the Magnificent Mile, took a trolley to Navy Pier and visited the Christkindlmarket on Daley Plaza. Here are some photos of that day five years ago: At Navy Pier with John Hancock building in the background