Now that we live a mere one hour from Kennedy Space Center, we had a chance to see the launch and landing of Atlantis STS 135, the final space shuttle mission. This was our second shuttle launch after seeing STS 129 from the NASA Causeway in June 2009. 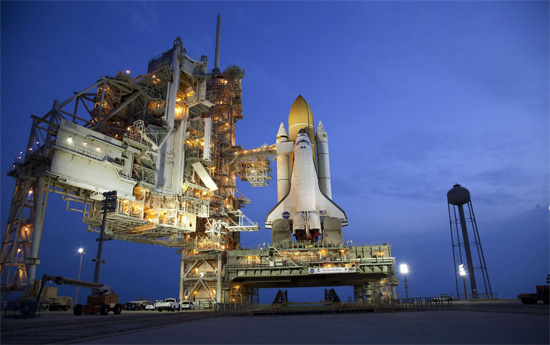 This time we drove to Titusville to try and find a place near Space View Park. The launch was scheduled for 11:30am, so we thought leaving home at 2:00am would give us plenty of time to find a good place. However, when we arrived at 3:00am the town was already extremely crowded. We found a parking spot for $30 and walked toward the Indian River with our bags and chairs. We were planning to put down our chairs in the little park just south of Wachovia Bank, but this was already completely packed with people. This whole area of Titusville had been turned into an improvised campground, with small tents taking up every available space. We set up our chairs on the sidewalk, right next to a guy sleeping in a hammock tied to a street sign. 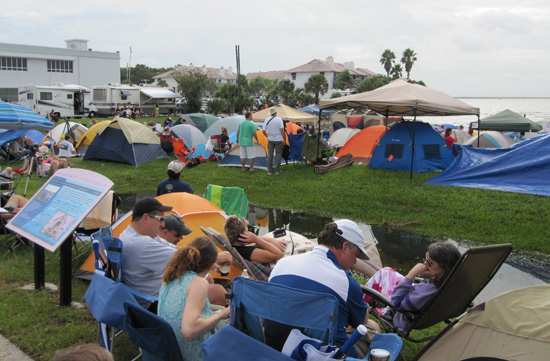 We went back to our car to get some sleep. When we woke up it was light and thousands more people were now sitting everywhere on sidewalks and streets. We were lucky to find our chairs still there. Among all these people we sat for several hours as the countdown continued. 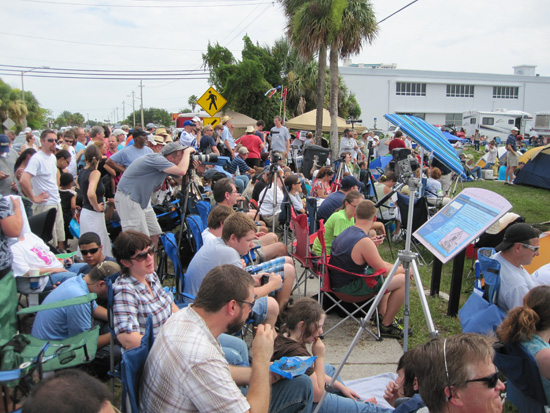 There was only a 30% chance all day that weather would permit the launch to continue and cloud cover was too thick for most of the morning. Fortunately, shortly before lift off the sky cleared up and the shuttle was go for launch. There was a small scare when we heard from a radio behind us at T-31 seconds that there may be a malfunction, but this was quickly resolved and shuttle Atlantis lifted off at 11:29am. A crowd of nearly one million people on the Space Coast cheered as the four astronauts blasted into the sky. We had a nice view, but not as good as from the NASA Causeway two years earlier. Nevertheless it was incredible to see the final space shuttle take off. 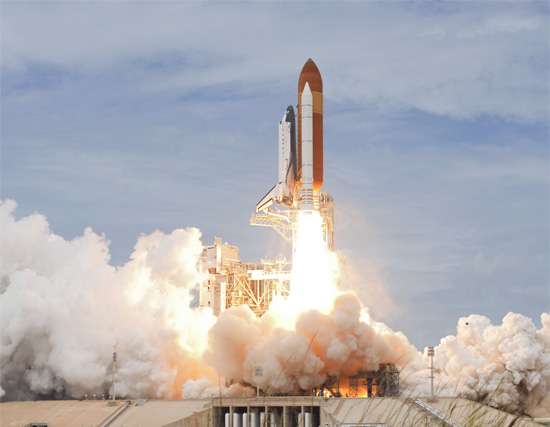 Two weeks later, on July 21st, we headed back to Titusville to try and see the landing. This was scheduled for 5:57am, or a half hour before sunrise, so we were unsure if we would be able to see anything in the dark. We’d never seen a shuttle landing before and this was our only chance, so we had to try. We arrived at Space View Park at 5:00am and there were a few hundred people there. Several TV crews had set up their cameras and we could see thousands of people on the Max Brewer Bridge.

A few minutes before landing we heard an extremely loud “BOOM BOOM”. I knew we were going to hear the sonic boom, but I had no idea it would be that loud!! Shortly after that we heard people cheer and we could see the shadow of the shuttle fly across Merritt Island against the pre-dawn sky. We had a great view considering the darkness and were both very happy to have seen this historic journey from beginning to end. 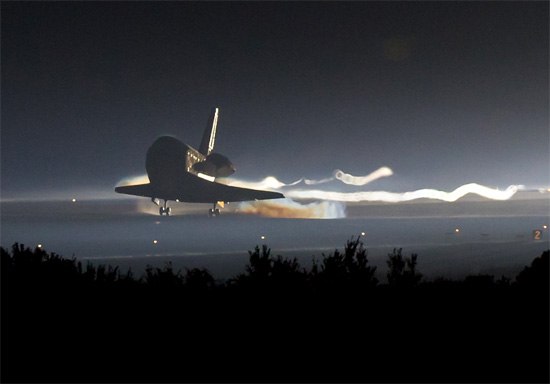