Posted on November 27th 2008 by Arthur in Life in America, Shopping & Stuff

Today was Black Friday and many stores were open very early with special sales. Some even as early as 4 o’clock! When we got up at 5:00 we turned on the news and they were already showing helicopter views of huge lines of people in front of stores and malls. Roads around big malls like Woodfield and Gurnee Mills were already jammed. Some Best Buy’s in the Chicagoland area had people camping out in front of their doors from 3pm in the afternoon the day before! Big stores like Best Buy and Target often have so-called ‘doorbusters’, which are things like laptops and big TV’s that are very cheap but they only have a few in each store. So people want to be the first in and grab these things. END_OF_DOCUMENT_TOKEN_TO_BE_REPLACED

Posted on November 23rd 2008 by Arthur in Funny

Posted on November 5th 2008 by Amy in Politics 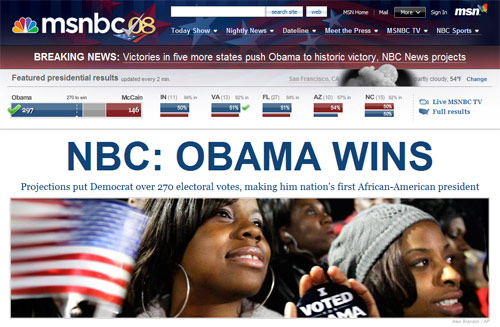