Posted on March 21st 2015 by Arthur in Home Improvement

Today we transported 12 to 13 foot long baseboards from Home Depot to our home. I wasn’t sure if we would be able to do that in our small car, but it actually went very well and I just wanted to show in the pictures below what we used to secure the wood and how we tied everything down in our Prius. 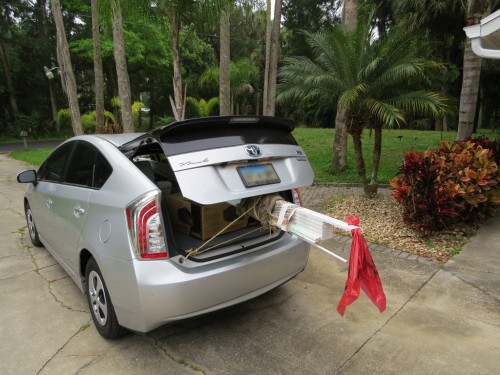 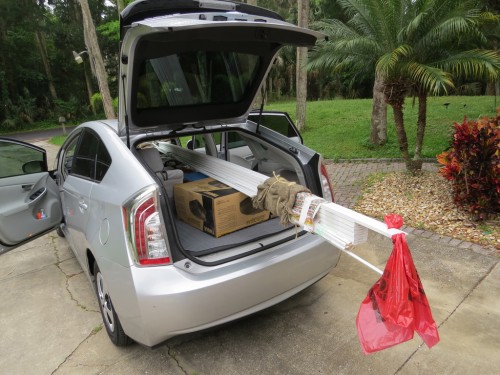 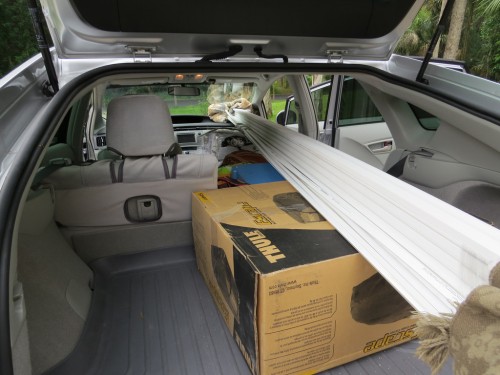 On the passenger seat I put a couple of big square plastic bags with pillows and comforters that we had, which turned out to be perfect to keep the load steady and not rest them on the dashboard too much. At first I had put a box there too, but it was too rigid and difficult to keep at the right angle. With the box in the back and the soft cushion of pillows in the front the wood did not rest on the passenger seat at all and nothing was damaged. 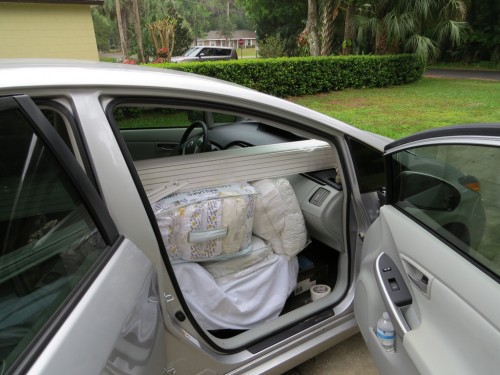 In the front the boards sat on our dashboard against the front window. I used a couple of towels to protect the window. 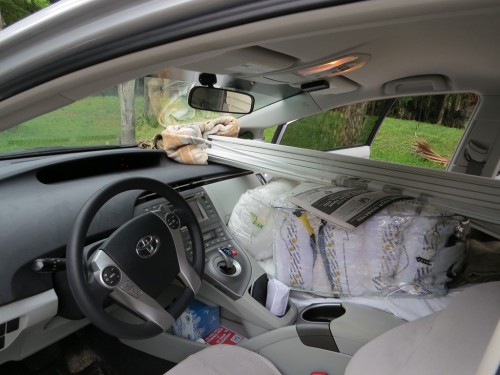 We also had a bunch of small shoe moulding that we secured by putting newspaper around it and taping it tight with duct tape. I also wrapped a blanket around everything and tightened it with a rope to protect the wood in case the hatchback would be bouncing up and down, but the back door stayed put and didn't move much at all. 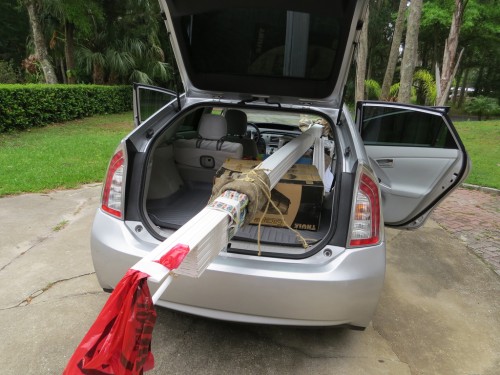 We tied the rope through both loops at the bottom and the ring of the door lock. 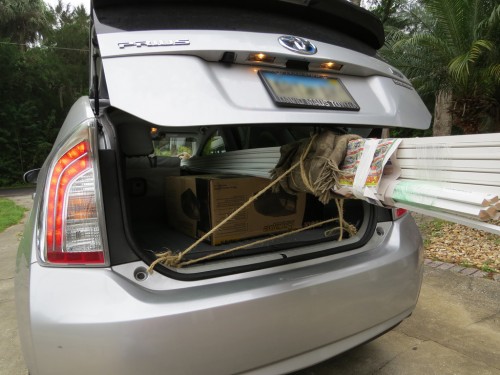 We got home safe and neither the wood nor the car were damaged. I am very happy that we were able to transport such a long load in our Prius. The only downside was that the back door alarm was beeping the whole time, but fortunately the ride wasn’t so long.

Air Conditioner Cover to Prevent Snakes, Frogs and other Critters from getting Killed

It has happened twice in the last year that I heard a loud noise coming from our A/C unit outside as if there was a rock banging around inside. Both times it turned out that a poor snake had crawled inside and was killed by the spinning blade. We have also found dead lizards and frogs inside as well. It is a terrible death for the poor animals to be cut into small bits by the spinning fan blade, and it also stinks when the corpses are rotting in the bottom of the A/C.

I started looking around and couldn’t find anything specifically to keep critters out of air conditioners. I did find this Air Conditioner Cover on Amazon.com to keep leaves out and decided to give it a try. The product has some good reviews but none of the reviews nor the product description itself mention anything about keeping snakes or other animals out. It turns out that it works perfectly: 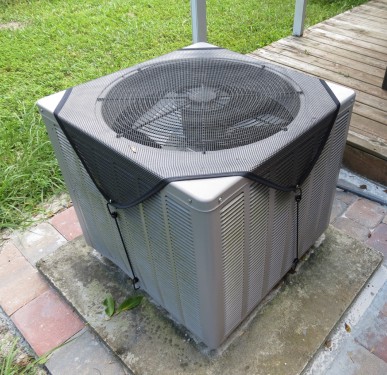 The cover has been on the A/C unit for several months now and there is no way a snake, frog or lizard can get into it anymore. The four bungee cords hold the cover tight so that nothing can crawl under. On the sides and bottom I don’t see any openings where animals could crawl in either. I love this product and recommend it to anyone who has this problem. As a bonus it also keeps leaves out so the inside stays nice and clean. You can get this air conditioner cover on Amazon. I highly recommend it.