Where to go Birding in the Netherlands

Here is a list of my five favorite birdwatching places in the Netherlands and some of my favorite photos of birds that we’ve seen. My top 5 birding locations are: Posted by Amy in Birds

For Christmas I got a Wingscapes Birdcam from Santa. It’s a weather-resistant outdoor camera designed to take photos and videos of birds. I’ve had it take photos for the last couple of days and the backyard Birdcam bird count is up to twelve species. Here are some of the photos we’ve gotten so far: Blue Jay; American Tree Sparrow; Mourning Dove. 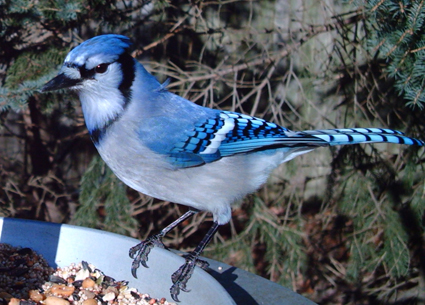 END_OF_DOCUMENT_TOKEN_TO_BE_REPLACED

Yesterday we drove down to Lincoln Park in Chicago and briefly visited the Jarvis Migratory Bird Sanctuary. We had heard that a Great Horned Owl had been sighted there the last few days so we went to have a look for it. Unfortunately we couldn’t find it, but it was still nice to see the bird sanctuary. END_OF_DOCUMENT_TOKEN_TO_BE_REPLACED

Posted by Arthur in Life in America, Personal

Happy new year and gelukkig nieuwjaar!! We wish everyone a prosperous, healthy, peaceful and generally awesome new year. May all your wishing come true. It is now 12:23am here in Illinois and we’re watching Dick Clark’s New Year’s Rockin’ Eve with Ryan Seacrest on ABC. New Year’s Eve is not as exciting here as at our old home in the Netherlands, where everyone does fireworks outside. No fireworks here, except for on TV. That’s a lot safer, though! 😉 Posted by Arthur in Forest Preserves, Life in America, Nature

Today we visited Fort Sheridan Forest Preserve in Highland Park IL, just 20 minutes from here. The 250-acre preserve is located on the Lake Michigan shoreline at the site of the former Fort Sheridan army base. The area features rolling terrain, bluffs, ravines and trees set against the shoreline. There are a few scenic trails that wind through the preserve to the sandy shores of Lake Michigan, providing the first official public access to this section of shoreline since the Fort’s military operations began in 1887. END_OF_DOCUMENT_TOKEN_TO_BE_REPLACED

Posted by Arthur in Craziest Things I've Ever Seen 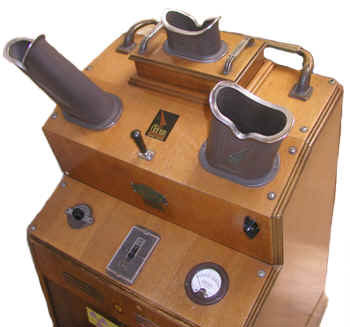 END_OF_DOCUMENT_TOKEN_TO_BE_REPLACED

Just five more days and it will be 2009. We’ve had a busy year. We had a couple of short holidays, we ran around Holland to see things before we left, we spent months packing up our stuff and emptying our house, said goodbye to our Dutch family, on September 21st made the big move to Chicago, in October our cat Alex died and in December we bought a new car. Here are some pictures of our year: ▲ This is at Disney Wilderness Preserve on January 3rd. We started off the year at First Night in Leesburg, Florida. New Year’s Day had record low temperatures in Florida. END_OF_DOCUMENT_TOKEN_TO_BE_REPLACED

Posted by Arthur in Personal, Photos

Wishing everyone a very merry Christmas! The following picture from December 2004 shows our cat Alex with a Santa hat. Alex died in October this year. 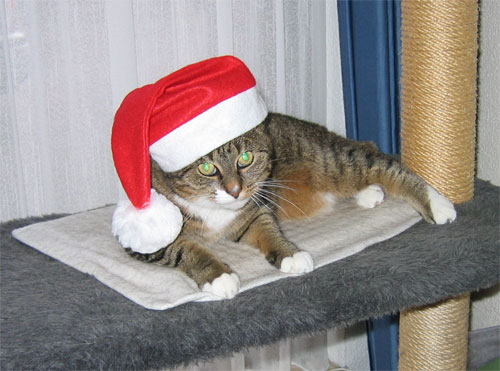 Posted by Arthur in Birds, Weather

It’s been snowing here all day and the forecast is more snow until 6pm tomorrow. Not so great for all those people that still have Christmas shopping to do! The roads around here were a mess today. When we got home we found hundreds of little bird prints on the porch. Looks like they had quite a party while we were gone. 😉 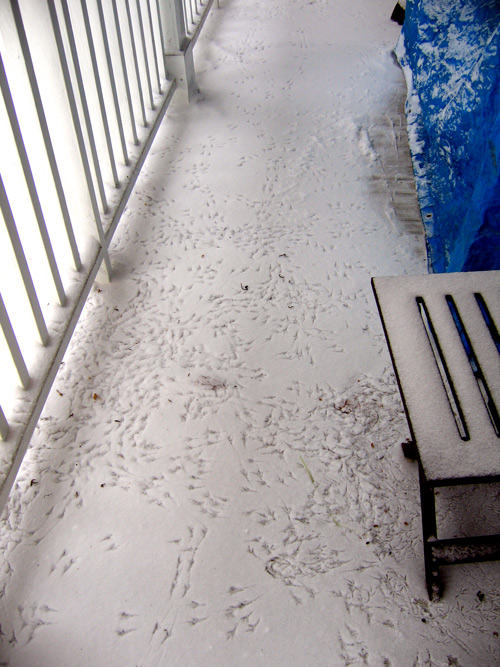