My brother, film-maker Patrick de Wolf, has won a bronze medal and the special award of film-maker with a promising future for his 12-minute short Tarot at the Netherlands NOVA National Film Festival 2005 for amateurs this weekend.

26-year-old Patrick de Wolf ended in the 13th place today at the two-day festival, where short films of 41 contestants were displayed at the NH Leeuwenhorst venue in Noordwijkerhout. The 41 films were submitted to the annual national contest after winning local contests across the country.

The two gold winners were Gisteren, vandaag en morgen by Filmteam Het Toverlint and Visitors of Brook River by René Roeken. Full details of the top 15 winners are listed below. 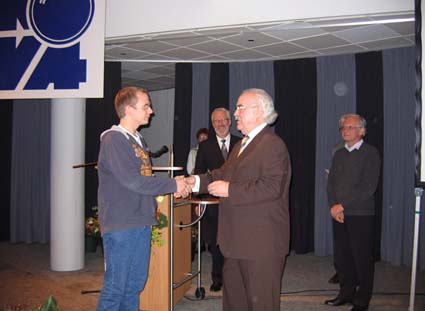 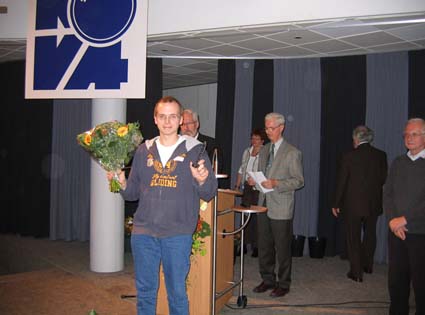 The top 15 finalists were:

This entry was posted on Sunday, November 27th, 2005 at 9:34 pm CET and is filed under Life in Holland, Pop culture with tags . You can follow any responses to this entry through the RSS 2.0 feed. You can leave a response, or trackback from your own site.