On Sunday we visited the Lakenhal, which houses the city museum of Leiden. One of several special temporary Rembrandt anniversary exhibits was taking place: Rembrandt’s Mother: Myth and Reality. Artist Rembrandt van Rijn was born in Leiden in 1604 and this year Leiden celebrates with several exhibits and special events.

The exhibit focuses on the use of Rembrandt’s mother and other family members, in paintings by Rembrandt himself and by contemporaries. According to the exhibit, “From the eighteenth until well into the twentieth century identifying all kinds of likenesses of Rembrandt’s father or mother was all the rage.” For centuries historians have debated and studied the likenesses in the master’s work.

The primary exhibit includes 80 paintings, sketches and etchings by Rembrandt, his pupil Gerrit Dou, his contemporary, Leiden artist Jan Lievens, and others. Many of the works are on loan from museums and are gathered together for the first time. Institutions and individuals from such diverse places as Paris, Milwaukee, Berlin, Boston, Innsbruck, London and St. Petersburg have loaned works for the special exhibit. Quite a few works from Amsterdam’s Rijksmuseum are also on display as the capital’s museum undergoes reconstruction.

As the city musuem of Leiden, the permanent collection includes masterpieces by local masters and information on the history of Leiden. 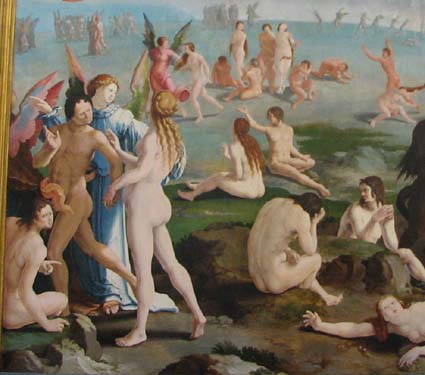 Detail from The Last Judgement (1527) by Lucas van Leyden. This painting is considered the most important in the museum’s collection. The triptych used to be in the Pieterskerk, and it is likely that Rembrandt saw this work during his years in Leiden. 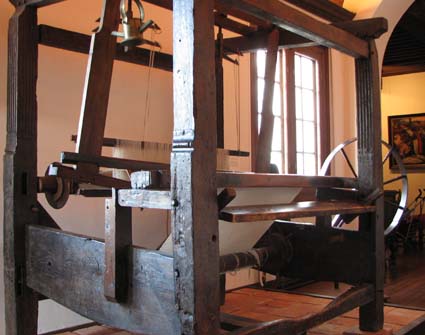 The Lakenhal was the guildhouse for the weavers of Leiden; a section of the mezzanine level chronicles the weaver tradition of Leiden. 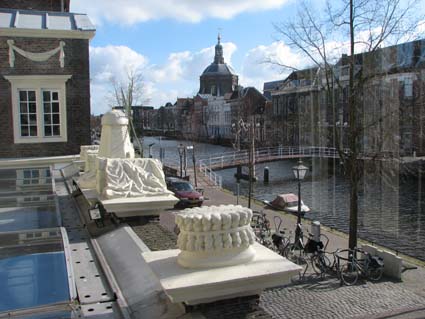 View outside from the mezzanine level

Entrance to the museum costs

This entry was posted on Saturday, March 4th, 2006 at 12:30 pm CET and is filed under Leiden, Life in Holland, Travel with tags . You can follow any responses to this entry through the RSS 2.0 feed. You can leave a response, or trackback from your own site.