Back in November, I asked here if Google could please add map details outside the US and UK on Google Maps, and from this week it has finally happened: most of Europe’s street maps are now available. In addition, Google Maps received a huge satellite update.

Google announced today that some Dutch buildings on Google Maps are obscured. The Dutch government censored the images as a condition for letting the aerial imaging company, Aerodata, take the images that were then used by Google.

The image below shows a blurred Ministry of Defence in the Hague: 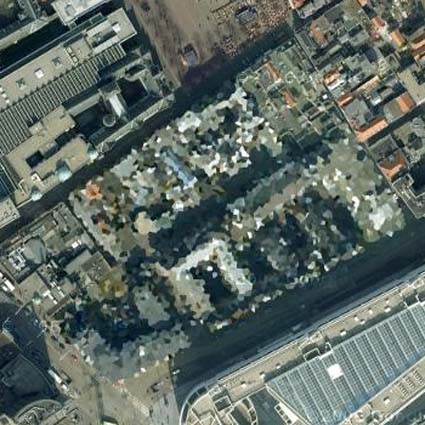 On Friday, Google updated the satellite data for Google Maps so that it now has the many updates recently made to the Google Earth database, with new high resolution data for all of Germany, many places in Europe, and the 3″ per pixel data from Las Vegas. The high resolution images of Germany are amazing; here is a picture of the Walmart we often go to near Dortmund: 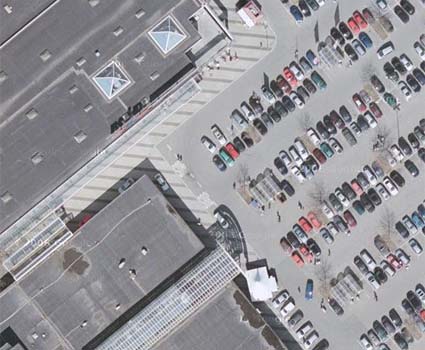 Below is a view of Europe with the new street maps. Two days ago you would have seen a totally gray Europe with only country borders:

This entry was posted on Thursday, April 27th, 2006 at 3:13 am CET and is filed under Science & technology, Websites & Tools with tags . You can follow any responses to this entry through the RSS 2.0 feed. You can leave a response, or trackback from your own site.

Google didn’t censor the images. The Dutch government censored them as a condition for letting the aerial imaging company, Aerodata take the images. Aerodata then sold censored images to Google.

Thanks for pointing that out, Stefan. I have updated the post.