For the Soccer World Cup in Germany this month, Dutch grocer Albert Heijn has started an immensely popular ‘wuppie’ campaign; for every €15 spent at the grocery store you get a small red, white, blue or orange wuppie, a small woolly ball with two eyes, feet and antennas. Each wuppie comes with a saving stamp, and with three stamps and an additional €2.49 you can buy a large wuppie. Albert Heijn had 700,000 so-called ‘mega wuppies’ made in China, but most of those have already sold. Now customers are fighting for the last remaining mega wuppies. One wuppie has already sold online for €100 and there have been reports of wuppies being stolen from cars!

Albert Heijn had 15 million small wuppies and 700,000 large ones made for its advertisement campaign, appropriately named Wup Holland Wup, but most of them are already gone. Collectors are now searching Albert Heijn stores for the last remaining mega wuppies. One store reported it received a phone call every three minutes requesting if they had any large ones left.

The wuppies are often displayed on the dashboard or the back of cars, in support of the Dutch soccer team, but several cars have already been broken in this week by wuppie extremists in search of additional wuppies for their collection. In these cases other valuables were left behind.

In another wuppie-related incident in Groningen, a family received a €130 fine for displaying four wuppies on the dashboard of their car. The police officer claimed that the wuppies dangerously obstructed the driver’s view. 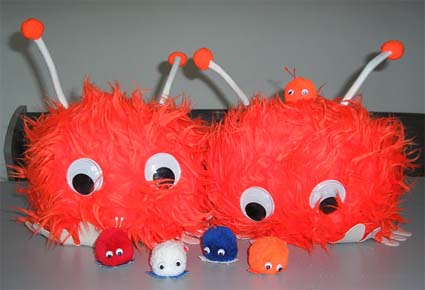 This entry was posted on Wednesday, June 21st, 2006 at 8:12 am CET and is filed under Funny, Life in Holland, News, Pop culture with tags . You can follow any responses to this entry through the RSS 2.0 feed. You can leave a response, or trackback from your own site.