Five years ago today, on 28 April 2003, we did one of the most exciting things I’ve ever done. On this day we made a hot air balloon ride over Luxor and the Valley of the Kings in Egypt. Seeing the sunrise over the Nile was a wonderful experience. Here are some photos of this exciting journey: 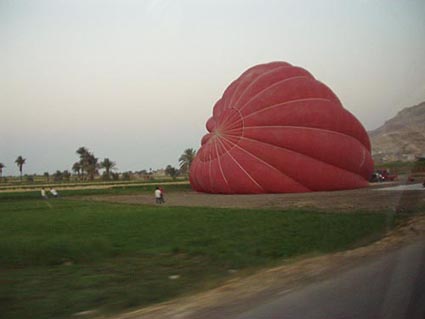 A car picked us up at our hotel before dawn and we made our way to the balloon on the west bank of Luxor by car, ferry and another car. When we arrived at the balloon they were already setting it up: 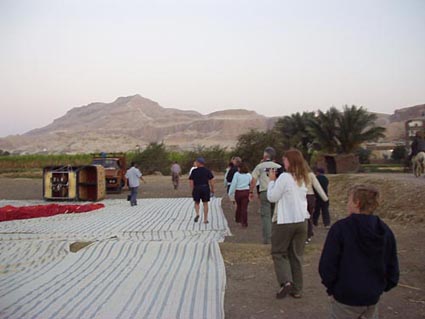 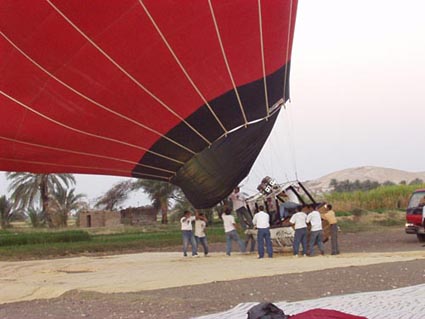 It was a mad rush to the balloon as it already starting to lift off. Everyone scrambled to get in and get a place. There were a few extra passengers than officially allowed, so it was very tight. 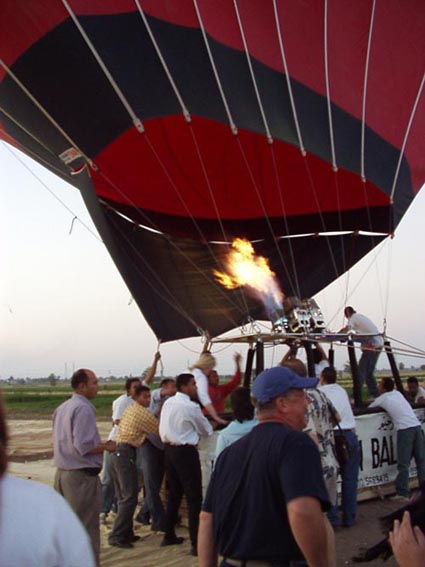 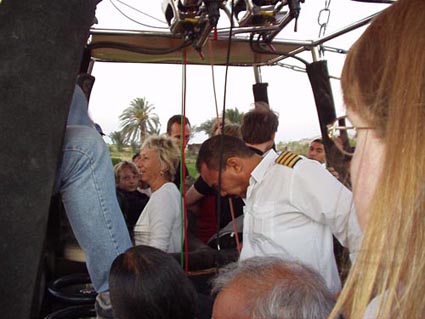 After we were in the air the ground crew started with a second balloon right away, which you can see here: 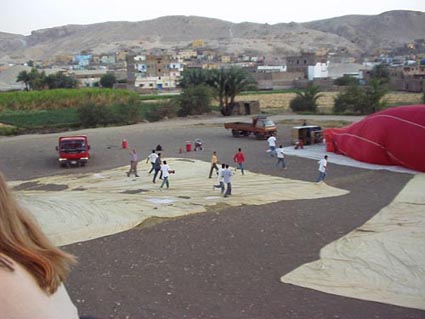 We saw the sunrise over the horizon just after we lifted off: 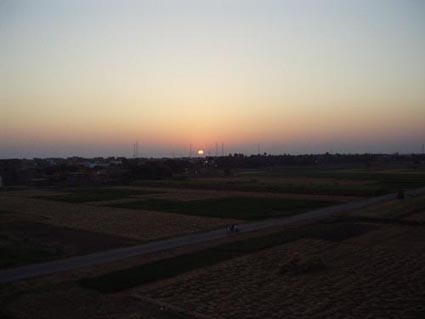 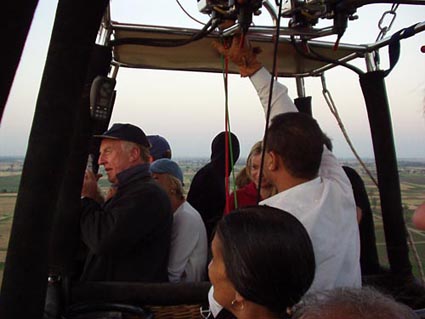 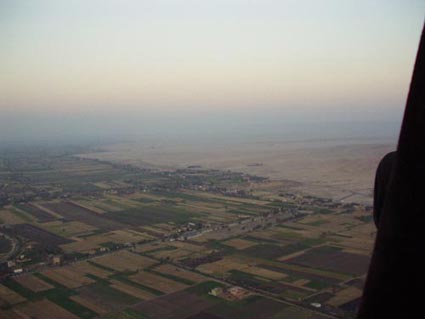 These are the Colossi of Memnon, two huge statues that we had passed the day before when we biked around the west bank of Luxor: 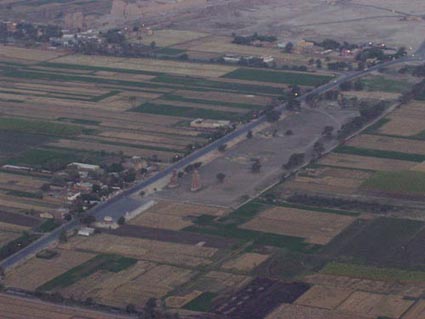 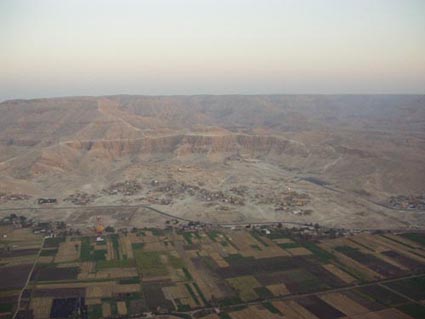 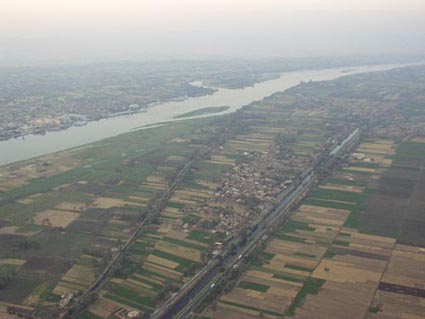 It was so quiet up there and it was magical to hear all the animals wake up. We heard lots of chicken and donkeys and we could see them too, as you could look right into the courtyards and roofless houses: 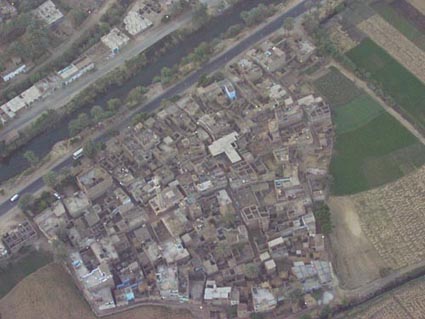 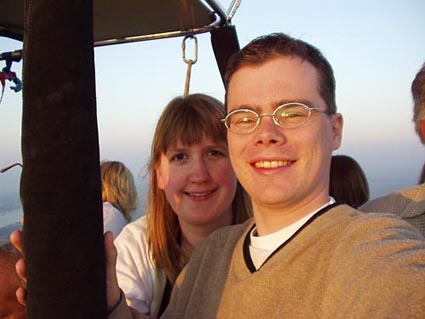 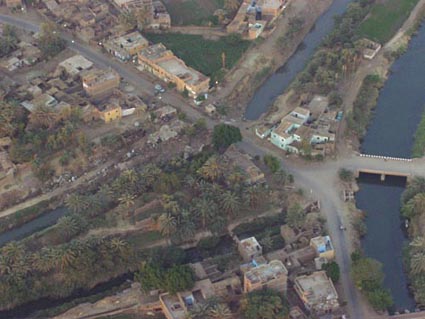 There were several other balloons in the air over the Nile that morning: 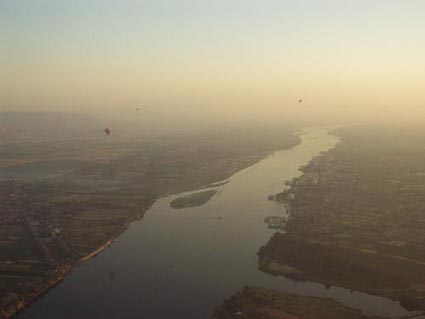 This is our captain. We saw him later on an episode of Globetrekker when Megan visits Luxor and does the same balloon ride: 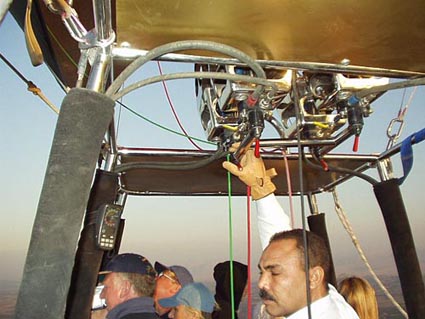 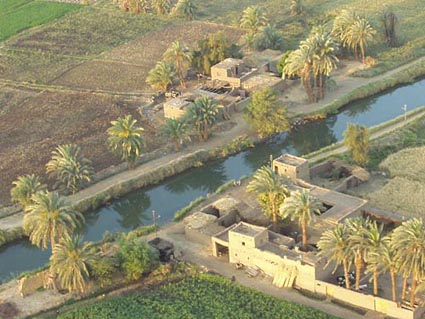 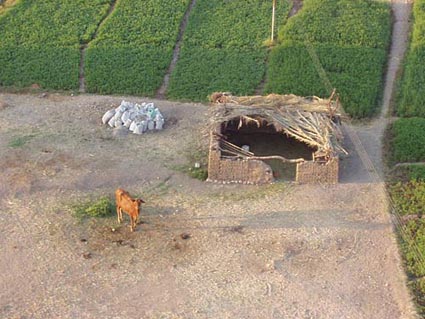 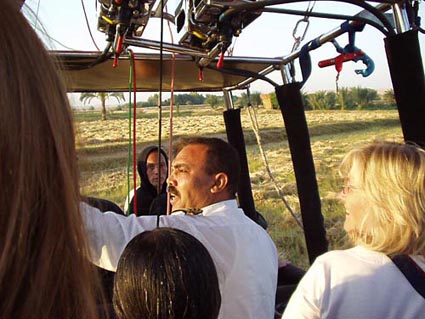 We landed in a field somewhere and had to wait for the pickup van to locate us. It was a smooth landing. 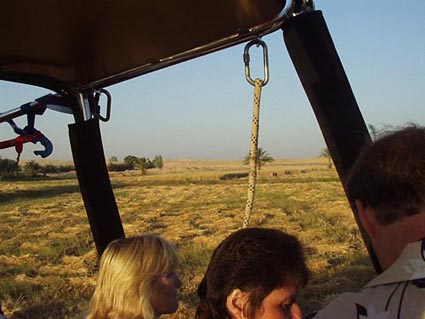 An audience of locals gathered quickly: 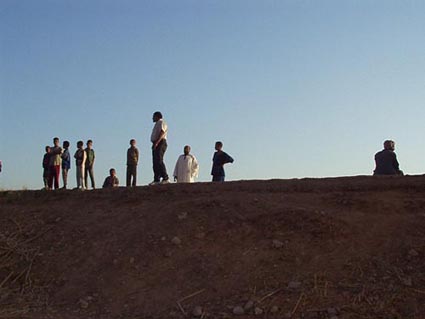 The captain had to keep the balloon in the air until the crew arrived. They then laid out a large tarp: 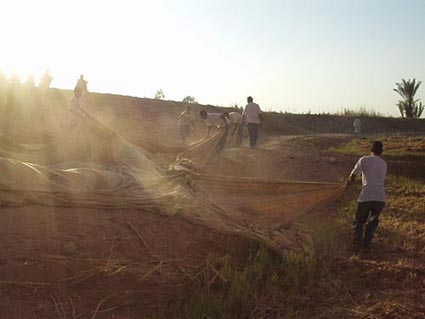 Then we could finally climb out of the basket: 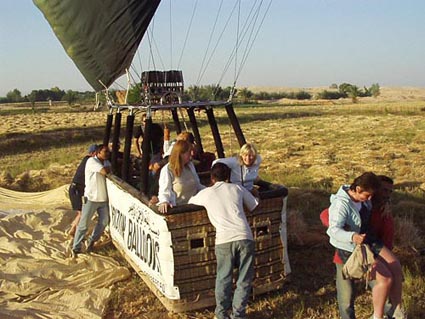 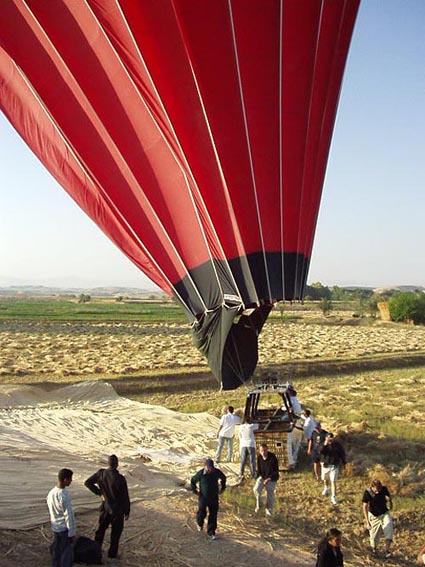 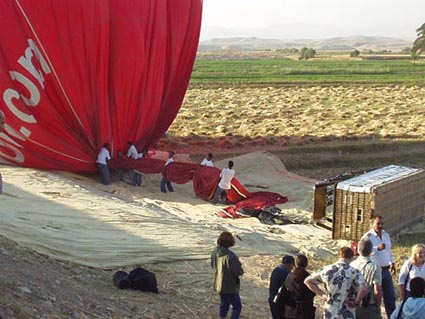 Here’s Amy watching them fold up the balloon. The crew did a a little song and dance routine for us and all the passengers received a certificate and t-shirt. 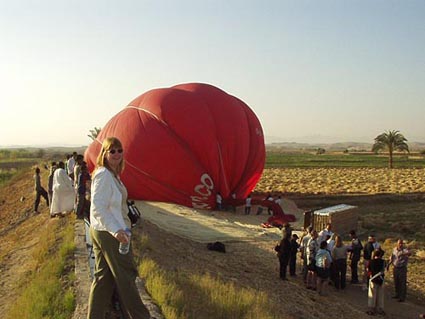 I can’t believe it’s been five years already. It feels like yesterday.

This entry was posted on Monday, April 28th, 2008 at 10:55 pm CET and is filed under Personal, Travel with tags ballooning, egypt, luxor, nile, retrospective, Travel. You can follow any responses to this entry through the RSS 2.0 feed. You can leave a response, or trackback from your own site.