Home » Birds, Life in Holland » The Rose-ringed Parakeet that ate our nuts

The Rose-ringed Parakeet that ate our nuts

Just two months after our backyard was for the first time visited by two Goldfinches, today we saw another species: a Rose-ringed Parakeet! These birds are originally from tropical Africa and India but have established feral populations in a number of cities around the world, including London and the Randstad area in the Netherlands. We hear them fly by our house quite often and sometimes we see them sitting high up in trees in our neighborhood. This was the best view we had of one since we saw them in India: 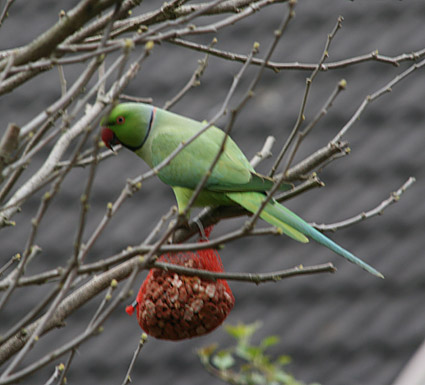 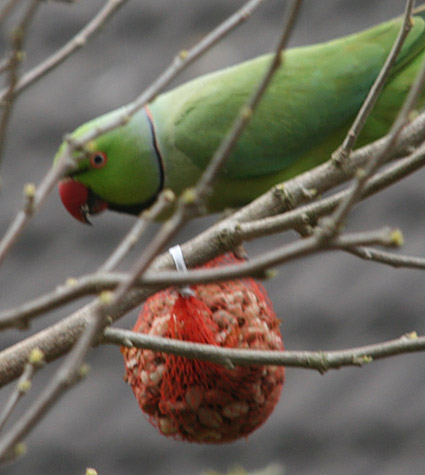 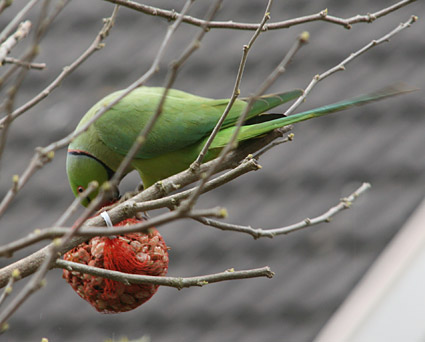 This Rose-ringed Parakeet seemed much bigger than the ones we’ve seen in India and The Gambia. Must be all the fat balls and nuts they get fed here. 😉

Here’s a picture of a young one that we saw behind the Taj Mahal in Agra. It was so small it still had to grow into its ring:

And here two more pics where you can see the long tail: 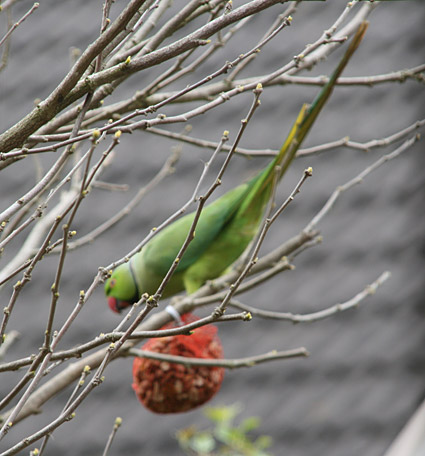 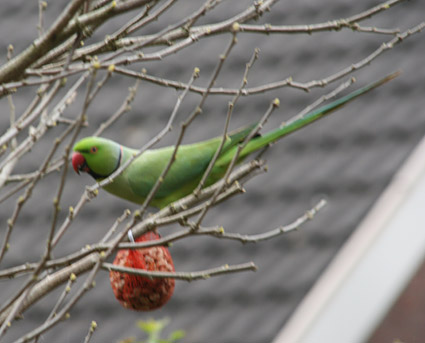 This entry was posted on Wednesday, April 23rd, 2008 at 6:51 pm CET and is filed under Birds, Life in Holland with tags . You can follow any responses to this entry through the RSS 2.0 feed. You can leave a response, or trackback from your own site.