Magee Marsh, a wildlife area in northern Ohio, is considered one of the best places in the United States to witness spring migration of neotropical birds. Lake Erie forms a natural barrier and birds pile up in large numbers as they rest and refuel before they continue their journey across the water. From mid-April through May thousands of birders flock down to the area to witness the event. A boardwalk (of approximately 0.8 miles) that runs through the marsh provides an excellent opportunity to watch these beautiful birds up close. 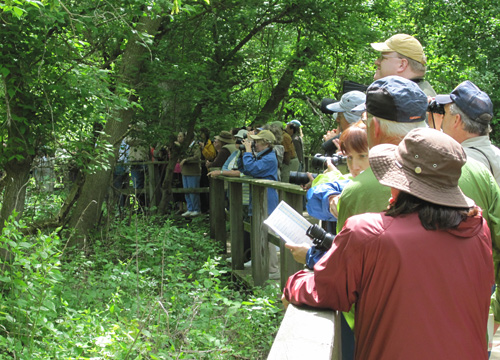 This year, a birding festival named The Biggest Week in American Birding was organized for the first time. It was a huge success and hopefully will become an annual event. For 10 days there were many activities, like bus trips, guided walks, workshops and talks. We had the pleasure to attend the festival last week from Thursday to Sunday and stayed in nearby Port Clinton. 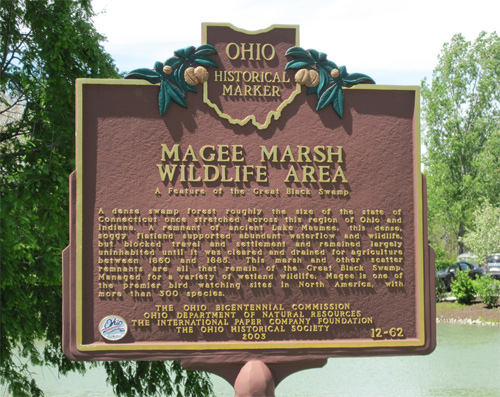 We spent a lot of time on the boardwalk, which was simply amazing. Birds flit around at eye level and they are apparently so tired and hungry from their long journey that they do not mind the people watching them up close. In our first minute on the boardwalk we spotted a Black-throated Blue Warbler right in front of us and we watched it for about 10 minutes hopping around just a few feet from our faces. This is a really good way to observe these birds and learn them. We had already seen quite a few warblers here in Illinois last year, but they are often in the tree tops, making them just small specks and hard to identify. In total we saw about two dozen different warblers at Magee Marsh and the Ottawa National Wildlife Refuge (which is right next door) and a hundred other species. 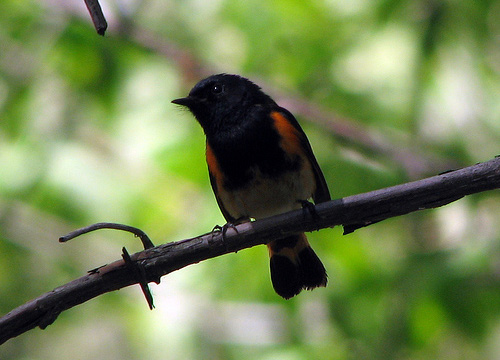 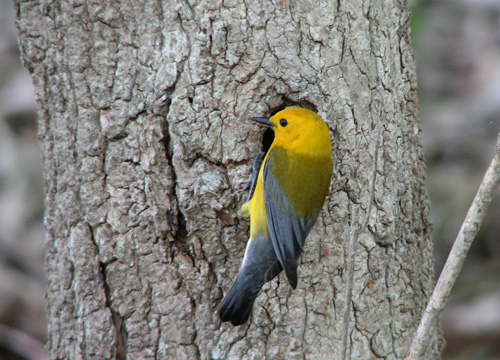 Prothonotary Warbler on a nest right along the boardwalk

Friday was by far the best day bird-wise. On Thursday afternoon we were on a shore bird excursion, standing in a field watching some Black-bellied Plovers, when all of a sudden temperatures went up about 20 degrees and it became very windy. These southern winds brought a huge amount of birds to the area and Friday the warblers were everywhere. 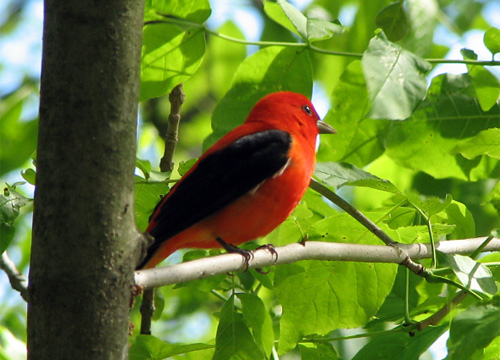 Organizers of the festival and bird guides from Tropical Birding were tweeting rare sightings throughout the day, so we were often checking our iPhone for updates. The boardwalk is numbered, so it would say something like “Gold-winged Warbler at marker 25 MM boardwalk” and people who still hadn’t seen one of those would go and try to find it. At one time on Friday we were standing on the boardwalk when Chicago birder Eric Gyllenhaal passed us and told us to check our tweets. He was referring to: 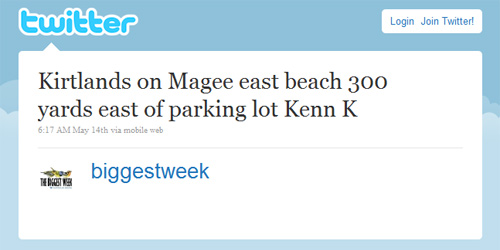 OMG, that’s from Kenn Kaufman, world-renowned birder and author, who just saw one of the rarest warblers nearby. No wonder people were running over to see it. But what were the chances that it would still be hanging around when we finally got there? We started walking toward the beach, about a mile away, and more and more people joined us. When we arrived at the end of the parking lot we saw a long line of people walking along the beach to the place where Kenn was standing. We ended up having great looks at the rare little warbler, and so did an estimated 4,000 other people that day. The bird stayed there almost all day (very cooperative!), just hopping around on some low bushes at eye level. People around us were overjoyed, many thanking Kenn for a life bird that they had been trying to see for years. 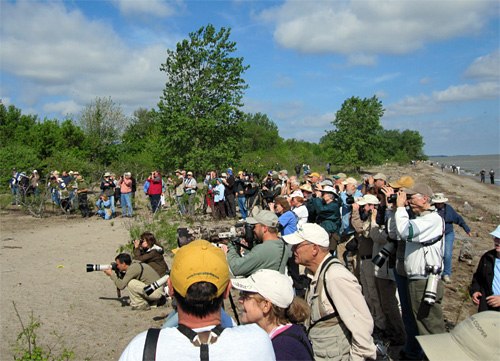 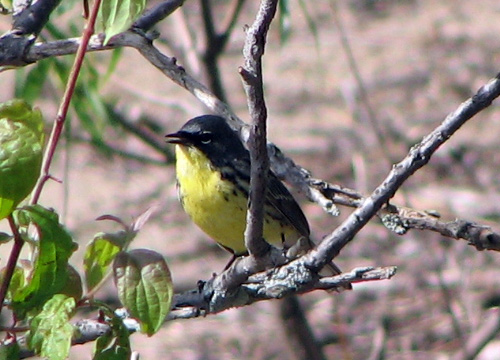 In the four days we stayed in the area we spent a lot of time on the boardwalk, walked around Ottawa NWR and attended several workshops, presentations (including one by Alan Davies and Ruth Miller who, in 2008, broke the world record for most bird species seen in a year), and a bus trip to Oak Openings. We also attended a bird banding demonstration at Black Swamp Bird Observatory. Below you can see a Magnolia Warbler held by one of the banders. Check out these other bird banding pictures at BSBO that Amy took. 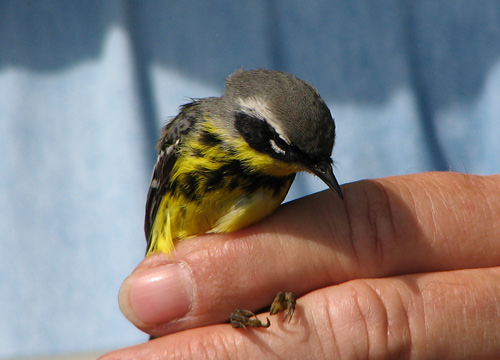 If we get the chance we’ll definitely go to the Biggest Week again next year.
It was great. 🙂

This entry was posted on Friday, May 21st, 2010 at 9:04 pm CET and is filed under Birds, Life in America, Nature with tags . You can follow any responses to this entry through the RSS 2.0 feed. You can leave a response, or trackback from your own site.