Today was Open Monumentendag in the Netherlands, which means that many monuments, otherwise closed to the public, are open for free exploration. We had a walk around our town Leiden today and came across some really nice 1940’s Escher intarsia (a form of wood inlaying) works at the city’s Town Hall. 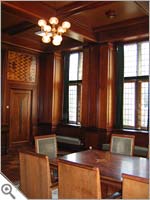 In 1940 Escher made five intarsia panels that were placed in the Leiden Town Hall. They are located in rooms not normally open to the public, namely the city mayor’s office and meeting room.

We saw four of the beautiful works: two square works with infinite fish, a clock with birds, and a huge 1940 map (at least two meters across) of the city of Leiden. The map (which even showed the street that our house is on!) contains several planned neighborhoods that were never built. The map shows a canal to the north of the city along a planned industrial area, but the canal was never dug. 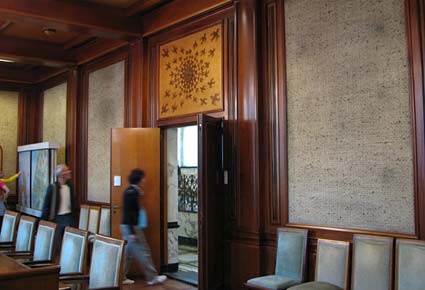 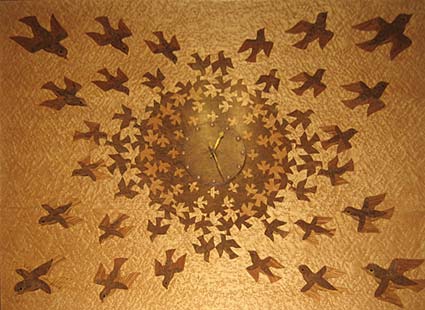 Close-up of clock above door 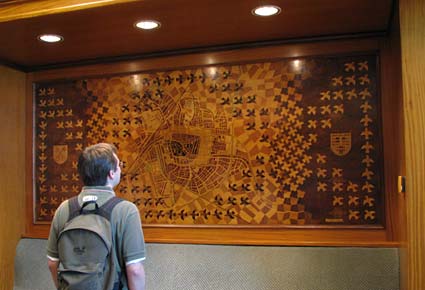 Arthur in front of map of Leiden 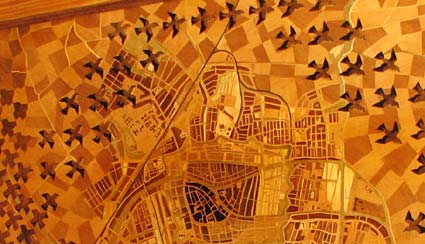 Detail of map of Leiden 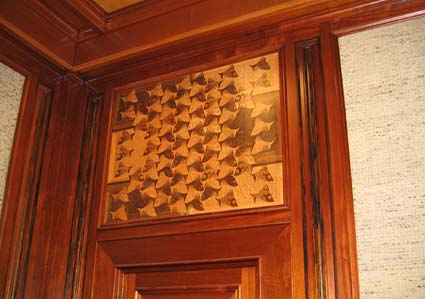 This entry was posted on Saturday, September 9th, 2006 at 9:51 pm CET and is filed under Leiden with tags . You can follow any responses to this entry through the RSS 2.0 feed. You can leave a response, or trackback from your own site.