Posted on September 12th 2008 by Arthur in Personal, The Big Move

Today we moved our couch, a cabinet, Amy’s bike and some other things to our family in Roosendaal. Our house is getting pretty empty now, and we just have some essential furniture left. We rented this small truck at Bo-rent to move the stuff: END_OF_DOCUMENT_TOKEN_TO_BE_REPLACED

Posted on September 11th 2008 by Arthur in Personal, The Big Move

After sending off our boxes yesterday we heard back from Worldwide Baggage Services today about the costs and schedule. The costs are pretty close to what we had already calculated on their website, which is great. This is the only company that we could find where you could just fill in details about your shipment and destination online and instantly get a quote. Good stuff. Our things will be transported on the ship on the photo below (this actual ship!). It will leave in about two weeks and then arrive in Chicago two weeks later: 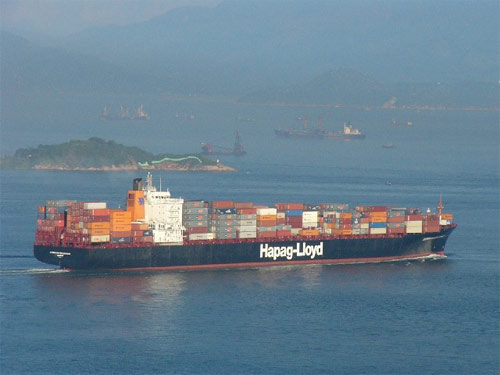 END_OF_DOCUMENT_TOKEN_TO_BE_REPLACED

Posted on June 27th 2008 by Arthur in Leiden, Personal

Today we have finally set a date for our big move to America. We bought our plane tickets today and will fly from Amsterdam to Chicago with our two cats Arby and Alex on Sunday 21 September. This means we have only 85 days left from today to arrange a lot of stuff, get rid of a lot of stuff, and move all the stuff that’s left. We’re going to have a busy three months!

What we’ve been up to this year

Ever since I moved to the Netherlands to live with Arthur in May 1999, it has always been our plan to move to the U.S. ‘someday’. In late 2006 we finally made the decision that we would move in early 2009. At that time the plan was to start looking into the process in early 2008. In mid-2007 we decided to move up our plans by several months and by the end of 2007 we decided we would try to move as soon as possible. In order to move we would have two major tasks: applying for Arthur’s immigrant visa, and selling our home in Leiden. END_OF_DOCUMENT_TOKEN_TO_BE_REPLACED